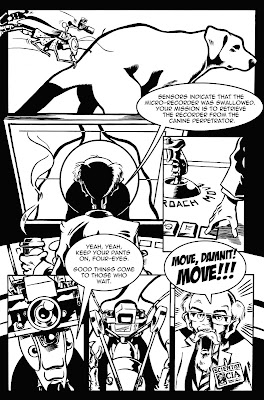 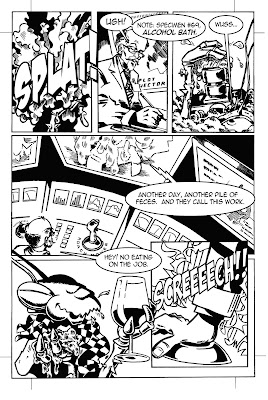 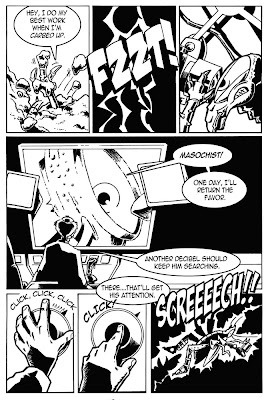 Here are pages 4, 5 and 6, for those of you who are counting, and sent them off last night. Very shortly it will be on the website, www.undercovercockroach.com. Check it out...
Posted by Mike Edholm at 4:35 PM No comments: 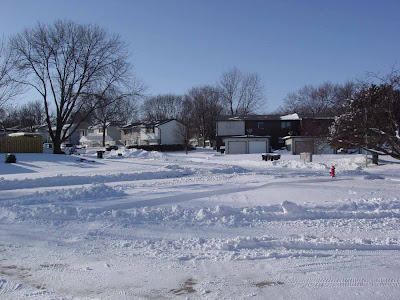 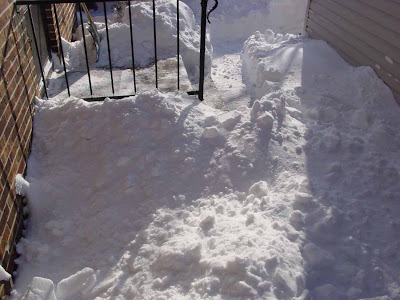 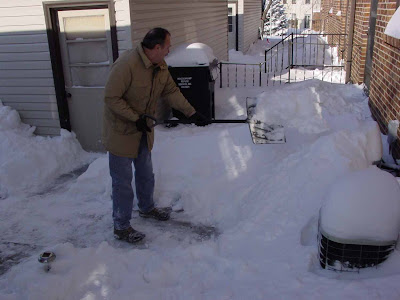 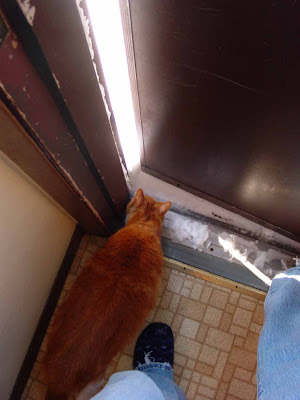 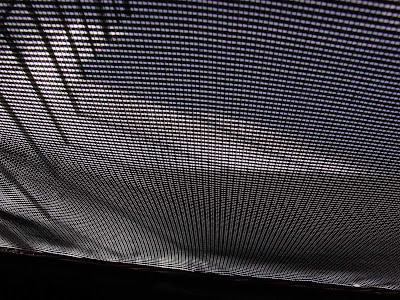 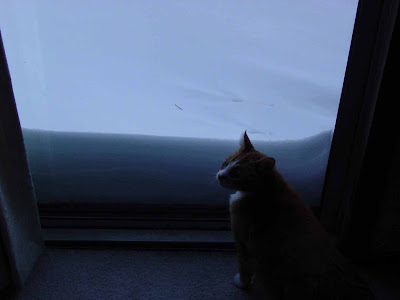 And so it did. The snow began very early Tuesday morning. Lincoln Public Schools, after seeing the forecast Monday night, closed at 9:30 pm on Monday. The University of Nebraska closed yesterday at noon. I can tell you from first-hand knowledge that driving was a challenge, yesterday. Last night the "real" snow hit! We must have over a foot on the ground now. I was literally snowed in. My front door wouldn't open. (The photo of Joey at the front door — that was as far as it would open. Blocked by the snow.)
Thank goodness my very good neighbor, Rick, was outside scooping his walkway. He was kind enough to shovel my front stoop so I could open the door. From there we worked together to get our common walkway shoveled as well as our own front walks and the area in front of our garages. All the while wondering where the guys were who are supposed to be plowing our driveway and parking area.... They arrived as we finished. (They were most likely snowed in... HA!)
Here area few views from my little abode — something to give you an idea of how lovely it is here. The temperature is now 6 F above zero with a -14 F windchill.
Posted by Mike Edholm at 9:37 AM No comments: